Top 10 Coolest Monsters to Kill in the Monster Hunter Universe

Monster Hunter Coolest monsters Nergigante Deviljho Kushala Daora
We, at SSEGold, had a tough time coming up with this list. Because there are just SO MANY cool monsters in the Monster Hunter universe and to choose just 10 amongst them should honestly be considered a crime.
Our team of experts and seasoned Monster Hunter veterans came up with this list of the Top 10 Coolest Monsters to Kill in the Monster Hunter Universe after years of playing the game combined with thorough research. The picks on this list boil down to their coolness factor and/or their nostalgic value. If our opinions differ from yours, please don't hunt us down. Clearly, we MH gamers love doing that, right?
10. Tobi Kadachi 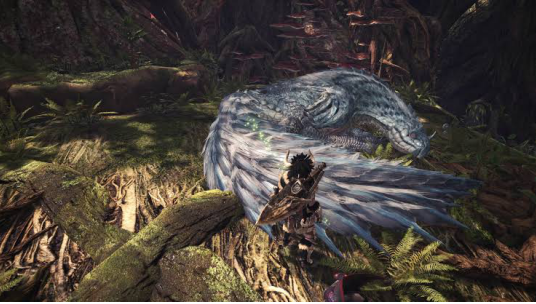 Residing within the Ancient Forest in Monster Hunter World, this menacing red-eyed, fanged wyvern uses its surroundings to its advantage as it charges down from treetops to fatally strike its opponents, giving it a surge in power due to its static electricity. Incredibly quick and mobile, the Tobi Kadachi glides between treetops to carefully position itself for the kill.
A devious and threatening monster lurking in the woods that it uses to its advantage, the Tobi Kadachi is well worth the hunt, as you are sure to receive a handsome reward by equipping the bulky hide of this monster.
9. Brachydios 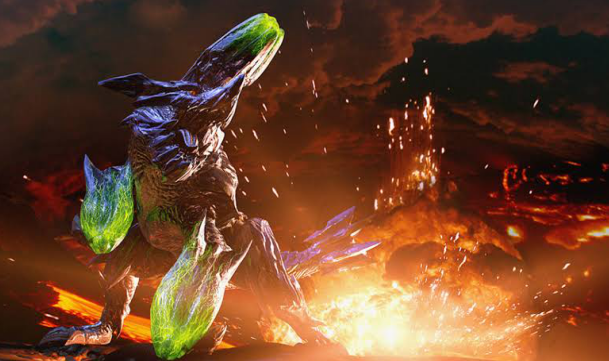 Everyone who's faced off against this monster will surely remember it, not only because it looks epic as hell, but because it will lick its fists with explosive saliva before knocking you straight on the kisser. Iconic.
Brachydios has always been a fan favourite, and fans of it were not disappointed when this sucker-punching monstrosity was reintroduced with two variants in Monster Hunter World's Expansion, Iceborne. Filling the battlefield with blood-pumping energy, the Brachydios employs tremendous jumps, spraying the ground with its ichor, and ramming into the foe with its gigantic horn to make it a challenging, yet enjoyable hunt.
8. Astalos 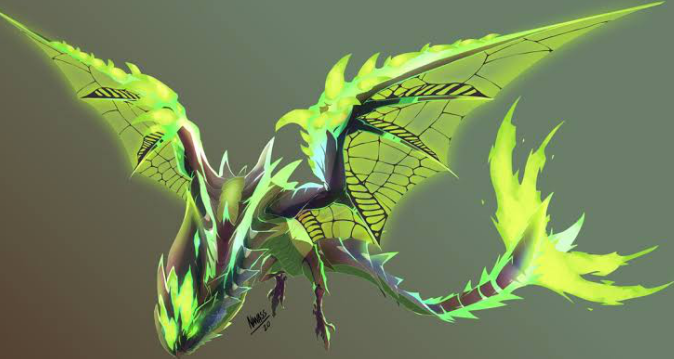 This quick, agile and deadlycreature, who happens to be one of the four flagship monsters from Monster Hunter Generations, is not only effective in taking down its foes, but also looks menacing as well. I personally think its aesthetic is pretty similar to Loki from the Marvel movies and I always imagined it to be Loki's pet monster. That automatically makes him 10x cooler.
The Astalos uses a combination of hard-hitting physical attacks as well as elemental attacks to thoroughly wear down any foe foolish enough to approach it, which makes it all the more satisfying to finally hunt it down.
7. Vaal Hazak

Are we still playing the same game? Because it doesn't feel like it. The monsters until now were cool and scary and all, but this one straight up came out of a horror movie; not only in appearance, but in its concept as well.
When you're up against this monstrosity, be prepared for a long and grueling fight; the Vaal Hazak covers himself in a poisonous gas that increases his bulk and offense as well. It is also able to turn the dead animals around it into zombie slaves that will fight alongside it, making it something truly from our nightmares.
6. Lagiacrus 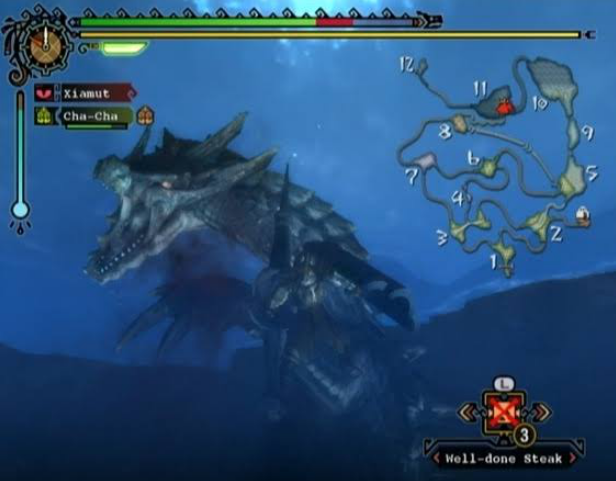 The flagship monster for the very popular Monster Hunter Tri, the Lagiacrus is a leviathan is known to be amongst the best designed bosses throughout the entire series.
The encounter for this monster in its original game brought out the aspects of storytelling and depth that was missing from the titles before it, and has since then turned into a staple for each game after it. This large, red-eyed, sea-dwelling monster has also made multiple appearances ever since its debut game.
5. Rathalos 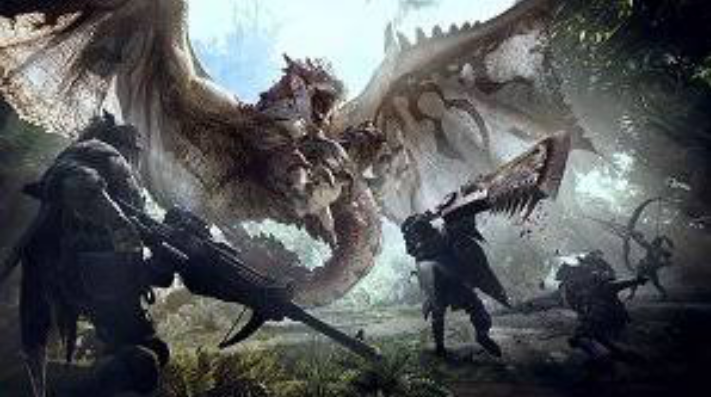 You couldn't possibly think that our list of Top 10 MH Monsters would leave out the series' very own mascot, now could you?
This fire-breathing, poison-barbed monster exudes dominance and will not flinch before deciding to strike anything down that decides to wander too close to its nest. Being the male counterpart to the tinier Rathian, the Rathalos has had several variants throughout the games over the years and continues to be the one of the fans' favourite creature to hunt.
4. Diablos 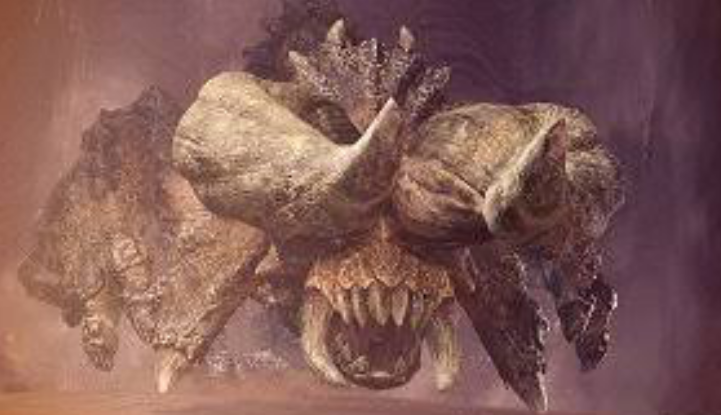 Diablos is the Spanish word for 'Devil', and honestly, we couldn't come up with a better name for this thing. If you want a challenge, you need to hunt the Diablos, and if you're truly a madman, you can try hunting its Black Diablos variant. This monster separates the boys from men (or rather, the casuals from gamers), using precise yet devastatingly heavy attacks with its tail and horns and death-defying dive-bombs that would make any seasoned veteran quake in their boots. Give yourself a pat on your back from our side if you manage to kill these pieces of work.
3. Kushala Daora 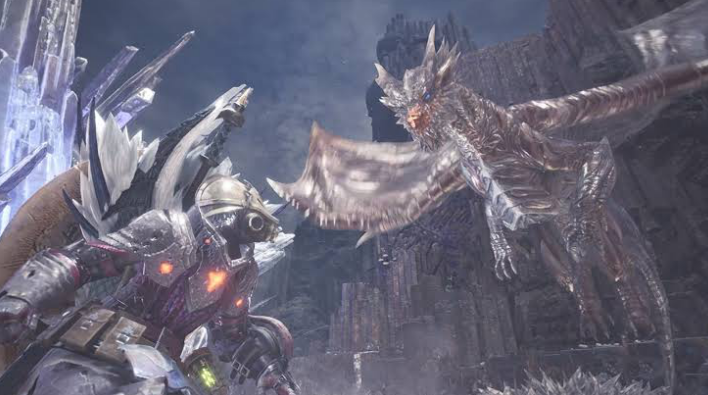 One of the elder dragons, the Kushala Daora possesses complete control over the winds, flaunting chillingly-blue eyes and a rough-looking exterior, which is in fact, layers of metal covering its body, that calls for the toughest of weapons to pierce through it.
But even if you have the resources needed to hunt this thing down, you aren't going to have an easy time as it has the ability to create a protective wind shield around itself. You'll see the stormy winds all around you get more strong and violent the angrier Kushala Daora gets; tough to get more epic than that.
2. Deviljho 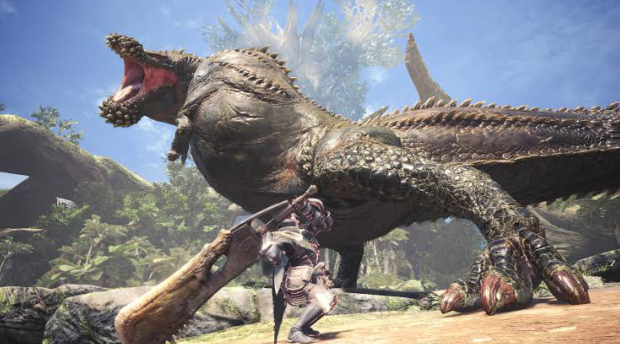 Why is this thing so angry? Well, look at its arms. I'd be pissed off if I had to live with those tiny arms for my entire life. I got stuff to do, man (like writing this article, hah).
If this thing wasn't menacing enough, Monster Hunter World: Iceborne introduced the Savage Deviljho variant that is ALWAYS pissed off, and even more tough to fight. What makes this monster so terrifyingly cool is that it eats other menacing monsters, even WHILE you're fighting against them. Beating this gargantuan menace is something you should be bragging about.
1. Nergigante 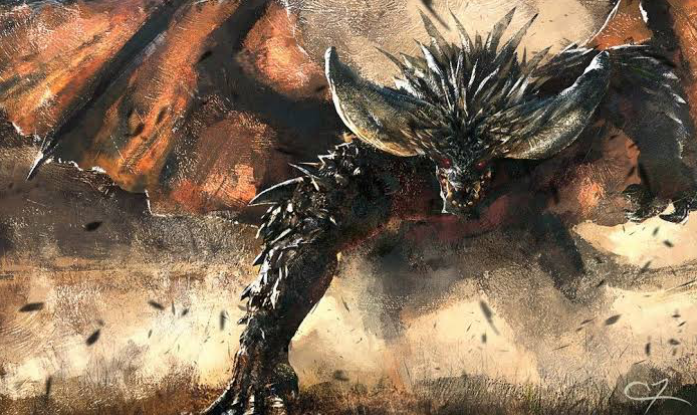 Honestly, who couldn't see this coming? And it's justified that you would expect this to be topping the list; it's just too damn cool.
Rough, spiky, large and primal, the Nergigante is an elder dragon whose appearance screams badass. The first time you learn about and set your eyes on the monster is when you're hunting down the Zorah Magdaros, a volcanic elder dragon, and the Nergigante swoops in and begins to straight up eat the other elder dragon. Every player knew what they were in for with the Nergigante battle when they saw that happening.
Brutal and relentless, the Nergigante not only has insane offensive prowess, but is able to harden his spikes till they turn black for rock-hard defenses as well as to prep for his signature attack: a divebomb which is an instant knockout. The equipment you are able to craft from its defeat are not only practical for hunting, but look super badass as well.
There you have, our top 10 list of the coolest monsters you can hunt for in the Monster Hunter universe. Looking for similar content? Go ahead and browse through our website! Happy scrolling!