So Classic WOW has many rare mounts and some are ridiculously hard to get. In In this article, I will be going over the rarest mounts in Classic WOW as well as some unobtainable mounts that are still hidden in the Classic WOWs game files. 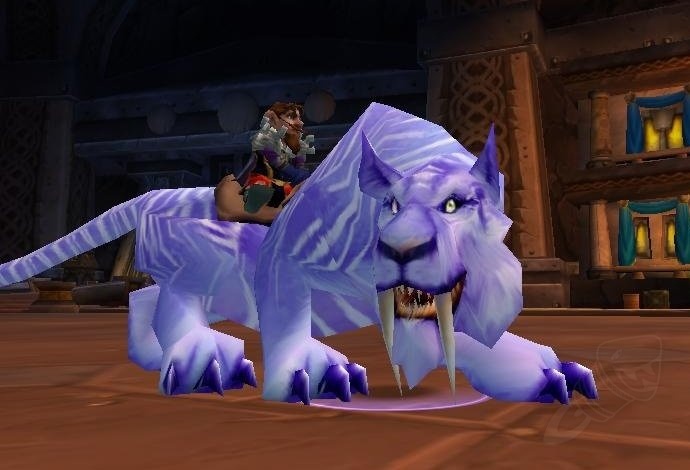 These cats are some of the Coolest looking NPC's in the game as you can train them as a hunter and make for an even cooler mount. If you guys have not looked into this, this is one of the most painful grinds in Classic WOW.

For grind, to get this mount is absolutely insane. There is an alliance only faction in Winter Springs called The Frostsaber trainers. This faction's sole purpose is to be a grind to get exalted, and then you can get this mount. There is no other reason for this faction to exist. The grind is terrible! There are a bunch of repeatable quests you can do:

·        kill ten Furborgs in the winterfool village, which is quite far away.

The worst part about this is that by completing these quests, you will only get fifty reputation with this faction. Killing enemies won't give you any reputation. These repeatable quests are the only source of reputation. According to some people's calculations, it takes about 840 trips to complete this grind.

So imagine going up and down the Winter springs map accepting the quest, then going to meet some of the quest objectives, then coming back, and you have to do that 839 times to get this mount. For this reason, it's very rare. 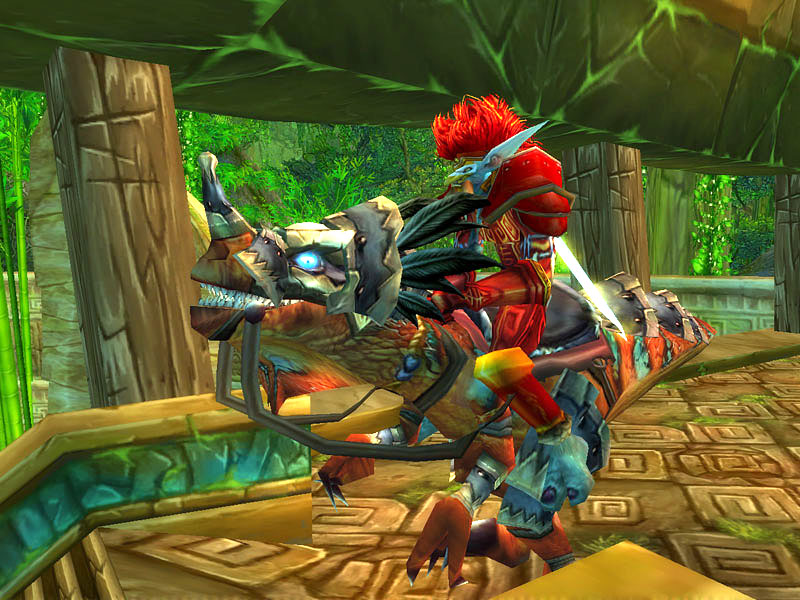 This includes the Swift Razzashi Raptor and the Swift Zulian Tiger.

Now I have to say this, but these are some of the coolest looking mounts you can get in the game, especially the tiger mount. It's the only way that you can get an actual tiger mount in the game. The Swift Razzashi Raptoris also really cool-looking. It has quite a unique color scheme for this raptor mount. It's kind of like an olive green with some purple feathers. However, both mounts are almost impossible to get. Now each Boss in Zul Gurub has a 1 in a 100 chance of dropping one of these mounts.

·        The raptor drops from Bloodlord Mandokir.

However, and not to sound pessimistic, there is pretty much no chance of you getting the mount. When you think about the odds. You have a 1 in100 chance of seeing this drop. Now that does not include the 19 other people that are also going to want to get the mount. So if one of these does drop, you have 19 other people to contend with. So cut that 1 in100 chance down to one in 2000, and that's assuming that your raid leader is going to let you roll. There's a good chance that he's just going to reserve it for himself. 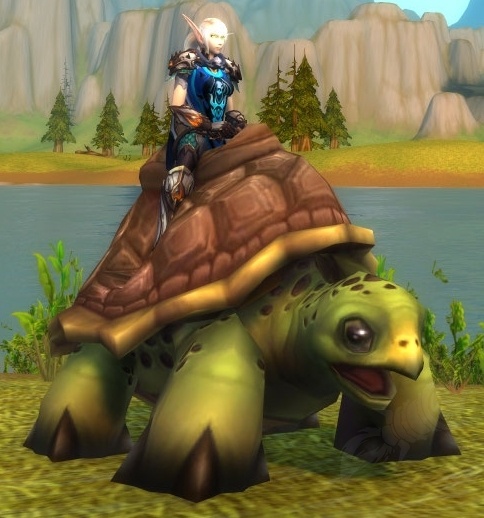 This is a mount put into the game just for a minimal time before the Burning Crusade came out. Back in the day, Blizzard released a trading card game that later got discontinued. Some of these cards had codes that you could redeem in-game to get some vanity items in World of Warcraft. Things like pets, mounts, tabards, etc. Most people will associate the trading card game with the Burning Crusade; however, the TCG came out in 2006 just late October. In the first card set called The Heroes of Azeroth, you could get a card called a Saltwater Snapjaw. The unique thing with this card is that it had a code to get a turtle riding mount. The interesting thing about this mount is that it's not useful at all. This is just a pure vanity item. You don't get any movement speed from this, and in fact, it's the exact same as your walking speed, but at the same time, it can be used at level 20. Now the chances of these mounts coming back are basically zero.

Blizzard put this back in the day, and there is no way to redeem TCG codes as of today in Classic. This brings up an interesting question: What will happen to these WOW TCG loot cards? Are we going to be able to redeem them in Classic WOW or Classic Burning Crusade?

So, who knows if we'll ever get to see The Turtle Mount in-game? If you go to eBay, you can buy the cards to get this code for about $300, which you can use to redeem in retail WOW, but you can't redeem in Classic WOW. 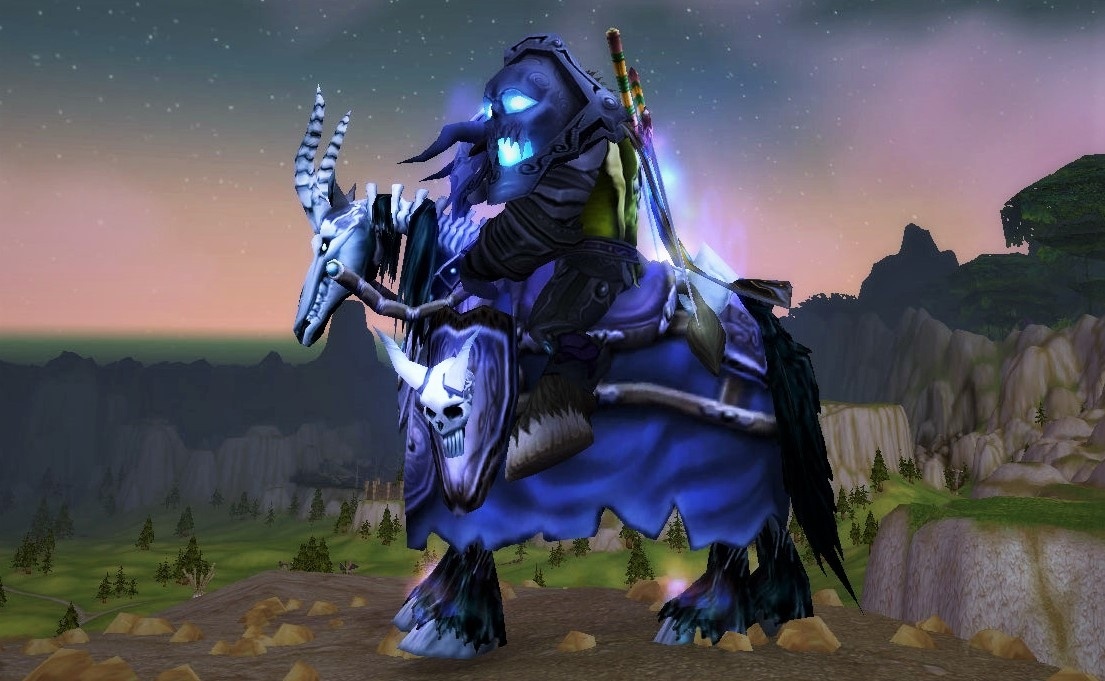 This mount you can get from Baron Rivendare, which is the final bossin Stratholme. The cool thing about this mount is that it's a unique color palette for the skeletal warhorse.

However, that being said, the chances of getting this are slim. Now I've seen some sources on the Internet saying that the drop chance is 1%. This was only introduced into Wrath of the Lich King and later got patched in terms of the drop chance. In Classic WOW, I've seen people saying that it's a 0.02 percent drop chance, and that's from a boss. To put that into perspective, that will take about 5000 kills on average, which is 5,000 full runs of Stratholme, to see this drop. That is not considering the other people that will need, of course, if this drops.

In reality, you're going to have four other people that you're trying to compete against to get this. So you can take that one in five thousand chance and take it to one in 25000, and that is not just killing a mob that you can find in the open world. That is the final boss of a five-man dungeon, which takes a full run to complete. There has been one guy that I've found on the Internet. I did some research, and I found a guy on Reddit who confirmed that on his server, there is a guy that got this mount. A Reddit user called Everyone Panic posted this picture of a person in Zandalar Tribe EU with this mouth. I put this at number two because, to be honest, there's a higher likelihood of you getting The Turtle mount and Blizzard reintroduces the TCG loot into Classic WOW than youare to see this drop. In terms of mounts, you can get right now; this has to be the rarest mount.

So you are maybe thinking about what is going to be at number one.

So these mounts are technically in Classic WOW but only in the game files. In other words, there's no in-game way to get these. If you're a GM, you can get it, but you can also see it in a WOW model viewer. So let's go through them:

First of all, there are the OG vanilla WOW mounts. Now there used to be epic mounts you could get way back in the first few Classic WOW or Vanilla WOW patches, and these got taken out of the game. They were replaced by the epic mount models that we know of today. However, some of these OG mounts that you can no longer get, such as the Ivory Raptor.

Another unobtainable mount is Foror's Fabled Steed. If you guys have the Atlas loot addon, you may have seen this legendary mount and wondered how the hell do you get this?  This was before the Burning Crusade. As far as I know, this is just a GM item, and there'll be no way to get it, even though you can see it in Atlas loot. 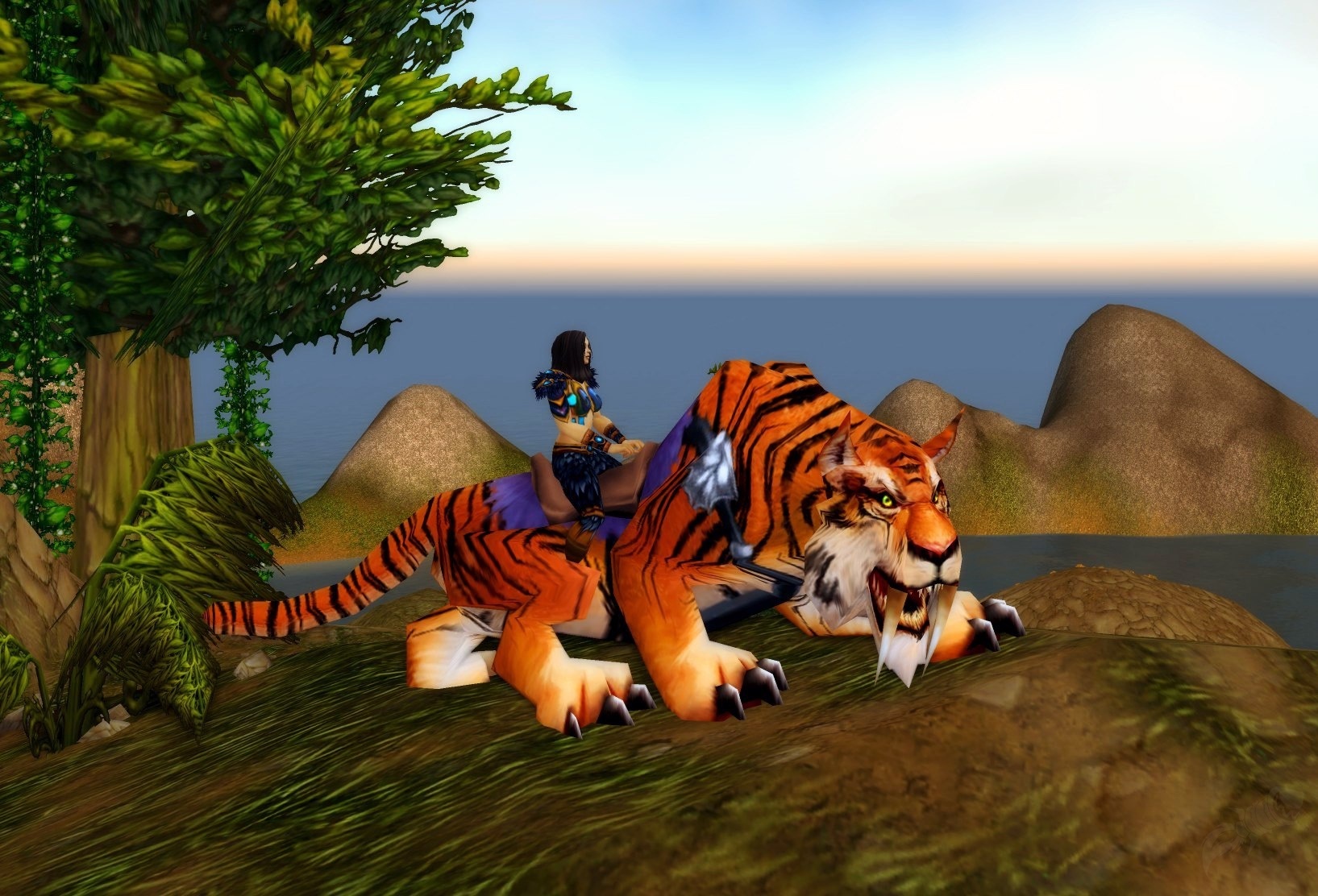 Another unobtainable mount is the Bengal tiger. Now there is no way to get this. This is just something that only GM's can spawn. Closest you can get is the ZG Tiger mount, which is good enough.

There's also the fluorescent green Meccano strider, which is an unobtainable mount. Still, there was one person who got this.

A GM accidentally sent this to a player. A Fluorescent green Meccano strider, which is supposed to be shown off near the gnome trainer. A player accidentally got this in the mail by Blizzard, and he was allowed to keep it, making him the only owner of this mount.

Getting your mount in WOW Classic is a joyous occasion considering the gold grind to get to this point. Travel time is cut in half, and you look good while doing it. It can also be a pricey affair considering the training cost and purchasing of a mount. Mounts go for 80 gold for the stock standard and up to 1000 gold for an Epic Mount. That is much grinding, let alone the training cost, which will set you back 20 gold for the riding skill. If you want to boost your gold reserves, why not buy classic wow gold at SSEGold.com. Here you can use real money to purchase in-game gold safely and securely with many different packages to choose.