FFXIV The Navel Titan Extreme Guide
The Navel (Extreme) is a level 50 trial that requires the player to defeat Titan (Extreme). It requires a full party of 8 players and average item level (iLevel) of 67 and above. To unlock the trial, player must be on the quest Quake Me Up Before You O'Ghomoro and should have completed Galeforce Warning and defeated Garuda (Extreme).

FFXIV Guide
Everyone who is not tanking should stack up directly behind Titan. This includes the healers and ranged classes.

Titan will target two players with Gaol. He preferentially targets one DPS and one Healer. When targeted by Gaol, DPS should stand directly under Titan. The healer needs to run to the far edge. If there is a yellow line connecting the two players, you're too close together.

Phase 1: Before the Jump
Phase 1 is considered the period before Titan does his first jump. There is not a lot going on here so just DPS it down and dodge the Weight of the Land and Landslides as they come. If you are a BLM you can use Manawall and not have to move for the first two landslides since it will avoid the attack completely. The rotation is as follows:

Landslide > Weight of the Land > Mountain Buster > Tumult > Repeat
If the DPS is good you will end this phase before the second set of Weights.

Phase 2
This works much like Phase 1, with some interesting differences. Landslide now goes in three directions. Titan starts using Gaol and Bomb Boulders.
When targeted by Gaol, DPS should stand directly under Titan. The healer needs to run to the far edge. Free the DPS first, then free the healer.
The first set of Bomb Boulders will be a pattern that covers 2/3 of the arena. You must move to the safe spot to avoid them.
Further Bomb Boulders will be in a circle. Wait for the first bombs to explode, then move into their area to avoid the second bombs' explosions.

Phase 3: Heart
This phase starts when Titan reaches 55% health. Target Titan's Heart. As before, dodge Landslides (which now go five ways) and Weight of the Land, and deal with Gaols. Titan will also drop Bomb Boulders in circles. Wait for the first bombs to explode, then move into their area to avoid the second bombs' explosions.

You have until the third Weight of the Land to destroy the heart, or you will wipe.

Phase 4
This phase starts when Titan's heart is destroyed. As before, dodge Landslides and Weight of the Land, and deal with Gaols. We will have adds that join us called Granite Gaolers. We also have two sorts of Bomb Boulders to deal with. The Clockwork Bomb of before where you have 1 or 2 that show up before the rest. Same method of dodging damage. We also have a set of Bomb Boulders that drop in all places simultaneously. For this, all DPS, the off-tank, and, if available, the healers should all target one Bomb Boulder to destroy. Usually, it's the one to Titan's left and main-tank's right. 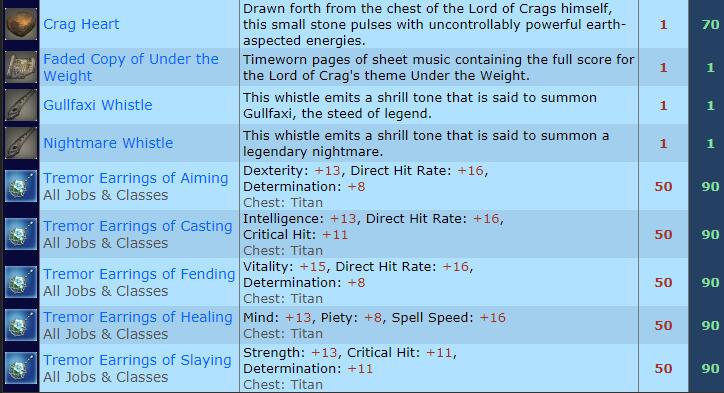 The second set of Granite Gaolers should happen when Titan is close to dead. You'll probably want to determine in advance if you want your DPS to just burn Titan and have the off-tank take the Gaolers, or if you want to kill the adds.
Pre: FFXIV: The Rising Seasonal Anniversary Event Next: FFXIV Gamescom Event: Join Us and Win Big at gamescom 2018