FFXIV buy FFXIV Gil the Final Steps of Faith Nidhogg
This is the survival guide for the Final Steps of Faith. This is a level 60 trial and the apparent conclusion of Nidhogg’s story arc. This battle spans four phases with very different mechanics. This includes several raid mechanics that can catch the story runners off-guard and offer a very fast wipe.

If you have run Alexander or the Void Ark before this trial, there is nothing here that will surprise you. If not and you are speeding straight through the main story main quests, get your act together for this one, or this angry dragon will make mince warrior out of you. As usual, keep this big fellow facing away from the party, with every not tanking stacked around his back and close to the healers.

Nidhogg runs through a series of tricky mechanics and you need to pre-empt movement and positioning if you want to survive. Deafening Bellow is an arena wide attack and it is a good reason to stack near the healers. It doesn’t hurt much by itself, but Nidhogg can cast this a couple of times in a row heal through as it comes. Nidhogg will spawn black eye AoEs under some players. Move out of these asap as they hit you like a ton of bricks. Hot Wing is a side-ways heavy attack with safe spots at the front and back of Nidhogg. Nidhogg also flies off to rush the arena with a heavy fire attack. The black eye AoEs also spawn during this time. To handle this easy, try to stack at the center of the arena early and look around for Nidhogg to see where he is coming from. This lets you evade both attacks by moving in whatever direction you need to move to push Nidhogg a bit and phase two begins. You now have three adds to handle at the same time. The side ones react to enmity but the middle will ignore you outright and attack random party members. However, they all hit like a tow truck loaded with anvils. Tank the side ones separately, facing them away from the arena. DPSers can then focus on the rogue middle add fist and then proceed to the next ones. You must kill all three adds before Nidhogg powers up his ultimate attack. Therefore, as tank or healer, feel free to help with DPS if you are not too busing surviving. If you have killed them fast enough, you will survive the shiny lights of doom and face demon Estinien, with another set of mechanics. 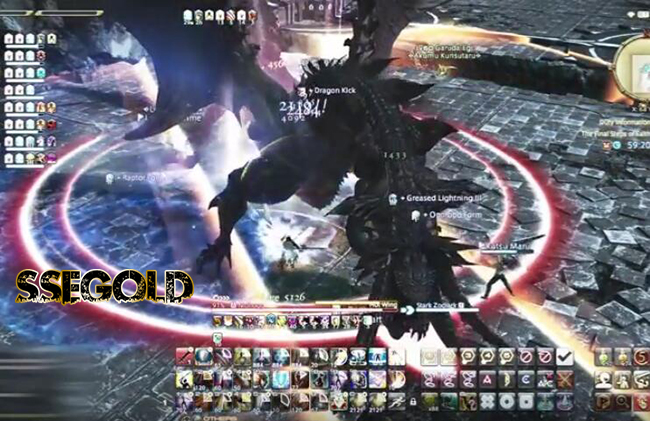 Ala Morn is a heavy tank buster and the boss dishes this one out generously during this phase. If there is a time for heavy cooldowns, this is it! Geirskogul, or however you pronounce this, is a line attack targeting a random player. Move away from it as usual. Evil Estinnien also files off but this time you have some tracking AoEs to deal with. Spread these around the arena to minimize damage. Everyone without a tracking AoE can spread out as well. This helps bait the divebomb marker that spawns under a random player. As soon as you see this marker, run to other side of the arena to minimize the damage. As you go through this phase, you will need to deal with some of these mechanics at the same time.

Push the red dragoon to phase four and dragon Nidhogg returns with a fire dash and some black AOEs. This phase takes all mechanics from phase one and adds some other ones on top. Ark Morn targets random players for repeated red lightning attacks, one after the other. Everyone must stack together to share the damage of this, including the main tank. Because the targets are random, if even one player does not stack properly, this can easily cause an outright wipe.

Next come the great fire balls of room. These spawns at different points in the arena and will explode in both north-south and west-east columns with a safe spot in their diagonals. Move to a safe area when you see them shine to avoid getting atomized. You will get some black eye Aoes at this time, too. Just to see if you are paying attention. Hot Wing comes back to the show, now usually followed by Hot tail. This targets the complement area of Hot Wing, a column from front to back. As before, you will need to deal with some of these mechanics at the same time. Rinse and repeat until you send Nidhogg packing. 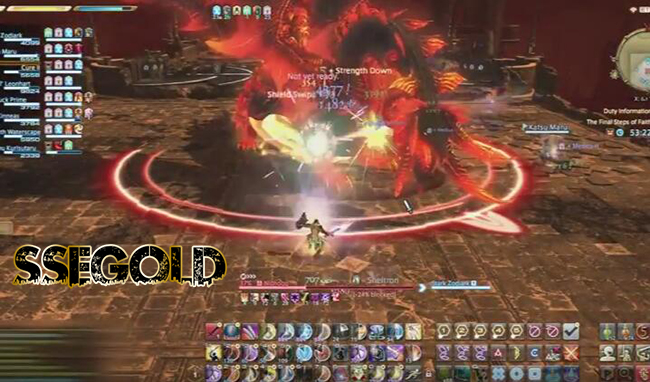 That’s it for The Final Steps of Faith. If you want to buy FFXIV Gil, SSEGold provides huge stock of FFXIV Gil with decent discount now!
Pre: How to Make Blade and Soul Gold at level 45 Next: Blade and Soul Soulstone Farming Guide For Melee