FFXIV Patch 3.56 is live now! This Patch 3.56 brings new contents to FFXIV. This guide is to specifically introduce new content, battle system and some new items added with the patch 3.56. If you want to buy cheap FFXIV Gil, SSEGold offers huge stock of FFXIV Gil with professional service and safe transaction!

First of all, I wan to make a comparison between patch 3.x and patch 2.x.

3.x Players are required to register FFXIV Heavensward and purchase the additions and adjustments. 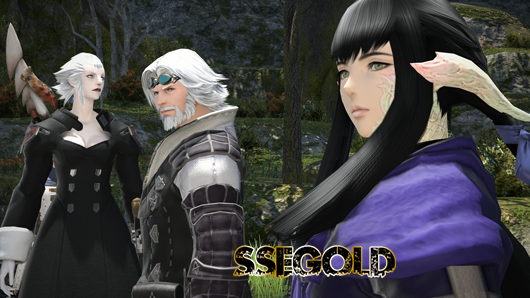 Battle System
The following adjustments have been made to Alexander: The Creator (Savage):

* Unlike other instances, the strength of the Echo will not increase in the event all party members are incapacitated.

Players will no longer appear in the area following the completion of Alexander - The Soul of the Creator (Savage).

The weekly limitation on Allagan tomestones of scripture has been increased from 450 to 900.

* The maximum store of 2,000 tomestones has not been changed.

The drop rate for Demonic Lanner Whistle has been increased.

Furthermore, players can now buy the Demonic Lanner Whistle from Bertana in Idyllshire in exchange for tokens.

2.x 3.x
The following PvP actions have been adjusted:

Damage bonuses for dark knight and ninja have been increased in PvP encounters.


The following actions have been adjusted for PvP encounters:

The adrenaline gauge will no longer deplete when incapacitated during Seal Rock (Seize) and Fields of Glory (Shatter) campaigns.

Season Four of the Feast will opened with patch 3.56 and is scheduled to end up with the maintenance. When it has ended, the top combatants for party rankings and solo rankings will obtain special rewards like gear and furnishing. Besides, players will obtain special accessories based on their tier: silver, platinum, bronze, gold or diamond.

* Rankings will be available for viewing the day following the start of Season Four and will be updated daily. Should an error occur with calculating results, the day's rankings will not be updated.

* The number of rewards distributed may differ between data centers in the event players or parties have the same ranking.

The following quick chat option has been added to the Feast and the Fold:

New items have been added.

3.x
New music has been added.

2.x
The 14-day limit of the free trial has been removed.

When playing the free trial, character data can now be transferred to the full version of the game at any time.

* This change only applies to accounts created after the release of patch 3.56.

The days remaining for free trials displayed at the character selection screen has been removed.
Pre: BNS Secrets of the Stratus Dungeons Overview Next: WOW! RPers should read this: BDO GM vs its player