FFXIV Blue Mage Reddit blue mage ffxiv
New jobs and speculation of said new jobs are always exciting, so seeing something like this should get naturally get most FFXIV fans pumped up. Especially since Red Mage and Samurai got put in, Blue Mage has been one of the most requested jobs to be added next. 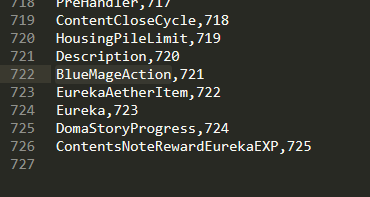 Blue Mages are one of the traditional Final Fantasy job types similar to Red, White and Black Mages.


Blue Mage could be a true support class, eschewing damage dealing for making sure other classes can deal greater damage, but then the game would have to have some way to introduce support into the holy trinity and make dungeons five-man affairs or make that support so powerful to compensate for losing one of your only two DPS in four-man dungeons that eight-man trials and alliance raids would be rendered toothless with a Blue Mage in the group. Alternately, Blue Mage could be a class that can be a healer or a DPS depending on party composition (essentially filtered into both queues when using the Duty Finder), but that'd probably annoy those who just want to use it as a DPS and leave us with a bunch of players who can't heal suddenly being thrust into parties with speed running tanks. Plus, they'd have to be given more than White Wind in order to be a true healer.


If we do get Blue Mage, it'll probably be barely recognizable as the class we know and love by virtue of needing to fit into the rigid structure already in place in FF14, because the developers probably won't completely upend the structure of the game just to make it easier to develop new classes. Not saying it's not possible we'll see it, but this is going to take a lot of effort to develop well in order to give Blue Mage its own identity among Red, Black and Summoner.