The Psijic Order, the wisest and most mysterious and powerful guild, is being introduced again in ESO’s next expansion-- Summerset, together with new zone, new story content, jewellery crafting and more group PVE challenges. Players will encounter secrative mages from the Psijic Order, and will access to a new skill line. You probably have questions about the Psijic Order, here SSEGOLD, a professional eso gold seller, would like to share with you some background information of this guild.

The Psijic Order has long been a part of Tamriel lore, often rumored but rarely seen (in fact, it wasn’t until The Elder Scrolls V: Skyrim that players were able to witness the Order’s activities firsthand). That mystery has been by design; the Order has access to great mystical power, and millennia of hidden wisdom. In order to protect that knowledge, the Order devised a method of transporting its home island of Artaeum out of Tamriel entirely, to...someplace else. Maybe technically no place. Reports vary. 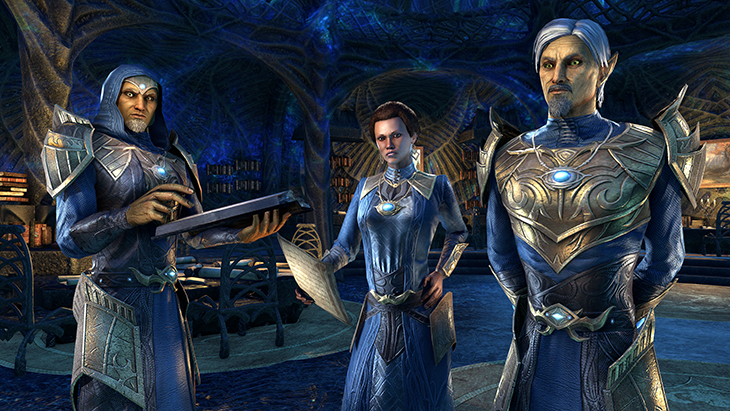 The Psijic Order consists of ancient scholars. Their predecessors were the first to study the secrets of Mysticism, otherwise known as the "Old Ways". They have developed knowledge and power not accessible to others, including the ability to manipulate time. The mages rarely left their island home, instead concentrating their efforts on their studies in the ancient halls of the Ceporah Tower on Artaeum. They tend to keep their knowledge to themselves, so when they admit you as a special case and grant you access to Artaeum, they must deem you especially worthy.

However, now that Queen Ayrenn has opened the borders of Summerset Isle so that it's accessible for foreigners, agents from the Psijic Order have returned to the area, but nobody knows why. Rumours are circling, though, that they have something to do with the Daedra that now threatens Summerset Isle. Once access is gained to the Psijic Order, both new and existing characters will be able to access the Psijic Order Skill Line. This includes several unique abilities, such as slowing and freezing enemies in place, meditation to restore your health and resources, and rewinding time. As well as Summerset, you'll also be able to explore Artaeum, including the fabled Ceporah Tower and Ritemaster Lachesis.

Don’t forget you'll be able to meet the Psijic Order for yourself when The Elder Scrolls Online: Summerset is released on June 5th on Xbox One and PS4, and PC/Mac days earlier on May 21. SSEGold will be here as usual to provide you cheap eso gold and eso items, helping you gear up quicker. Feel free to contact our 24/7 Livechat if you want to buy eso gold.

Pre: POE New Challenge League Incursion on June 1st--Send You Back in Time Next: FFXIV: Regarding Discontinuation of the PS3 Character Data Transfer Service