Growing up I played a lot of video games, but nothing compares to the initial experiences I had when I jumped into World of Warcraft for the first time. 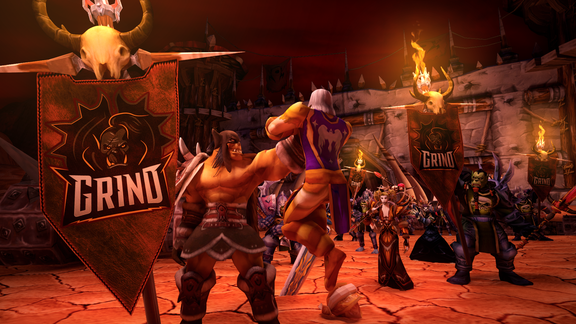 Such a huge open world, freedom to interact with the huge player base, and a sense of achievement as you leveled up, collected new gear, and made new friends from all over the world. Many nights I would fall asleep restless and wanting to play the next day - it’s all I would talk about at school with friends - and I’m not alone.

ü Staying up all night to conquer a dungeon with 39 other players from all over the world.

ü Leaving a single Alterac Valley battleground after a few hours only to realise it had been going on for almost a week.

ü Competing to be the highest DPS in your friendship group.

ü Killing tens of thousands of pirates looking for a rare drop First Mate Hat (anybody?)

However unhealthy the lifestyle seems in hindsight, World of Warcraft was like my second life for a few years. This game touched millions of people, and it was never uncommon to come across someone more devoted that yourself - people that had spent more time, more effort, and done more research to play the game at a higher level. I’m not one of the people that ever got to the highest level raid content, or the best PvP gear, or who broke world records speed leveling a hunter to 60, but because there was so much to do, there was always a reason to log on and hang out with your guild.

Now that Classic has been chugging on for a while, I’d like to share some of my feelings and experiences as one of those players who played and loved the game its vanilla state, and has been awaiting the re-release of the vanilla version for as long as it has been gone.

Is the game still the same? 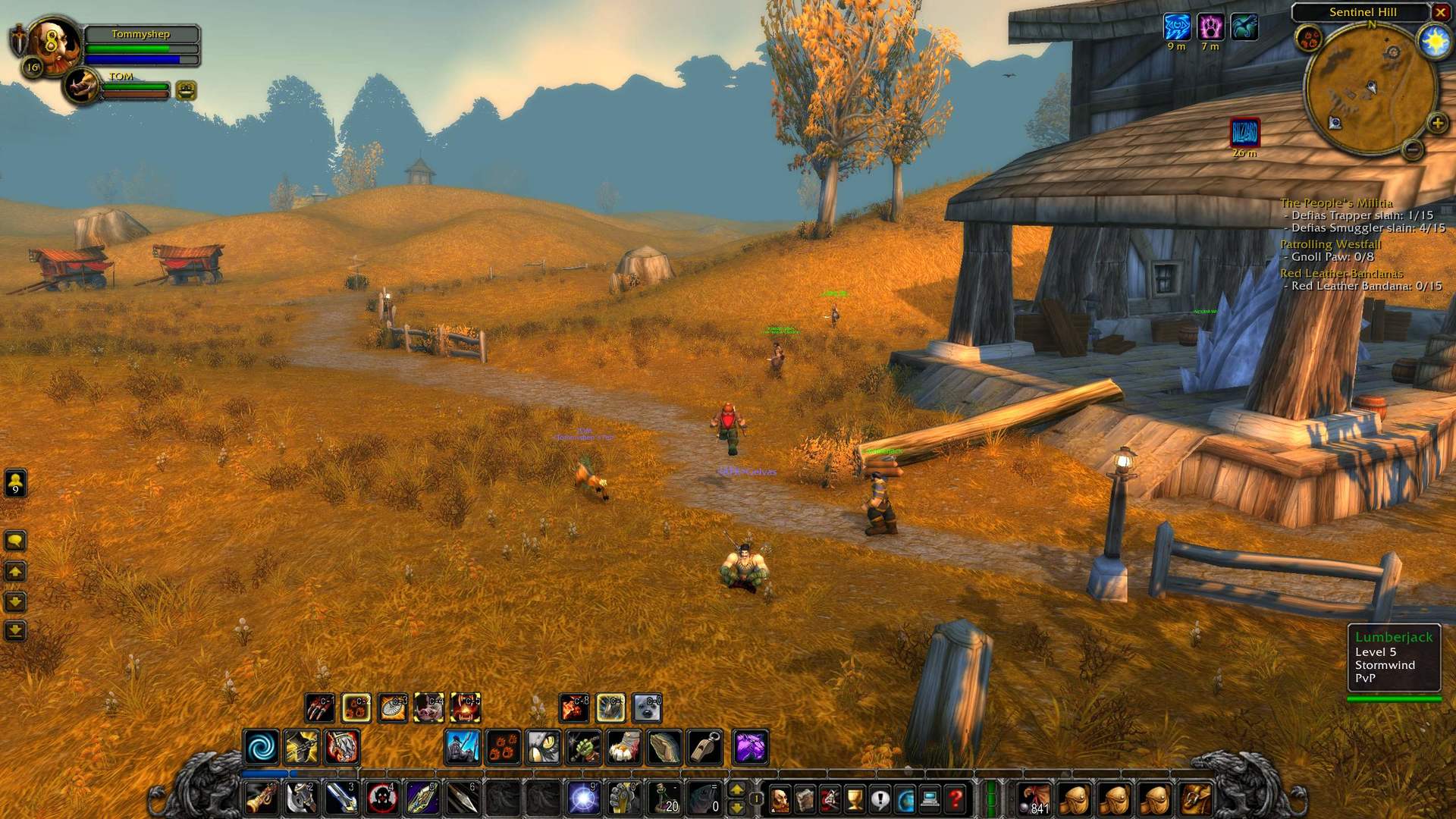 In short, yes. It feels strange and somehow very slow paced - probably because the current retail version of the game (and video games in general these days) is hopped up on so much glitter and sparkle that it no longer resembles the original. I feel like an old man when I check up on the current state of the game and am bombarded with over-the-top spell animations, my mailbox full of free epic items, and people riding mounts as big as Ragnaros himself. After an hour or so, you forget about that and start to get lost in the world just like it was all those years ago. I felt immediately warm with nostalgic delight when I first logged into Elwynn Forest and was tasked with murdering everything in the immediate area, and somehow my subconscious still knew exactly how to take me through the starting zones. Every so often, a little location or named mob would spark a memory from all those years ago.

My journey had only begun, but something was about to hit me that might have spoiled my experience completely… 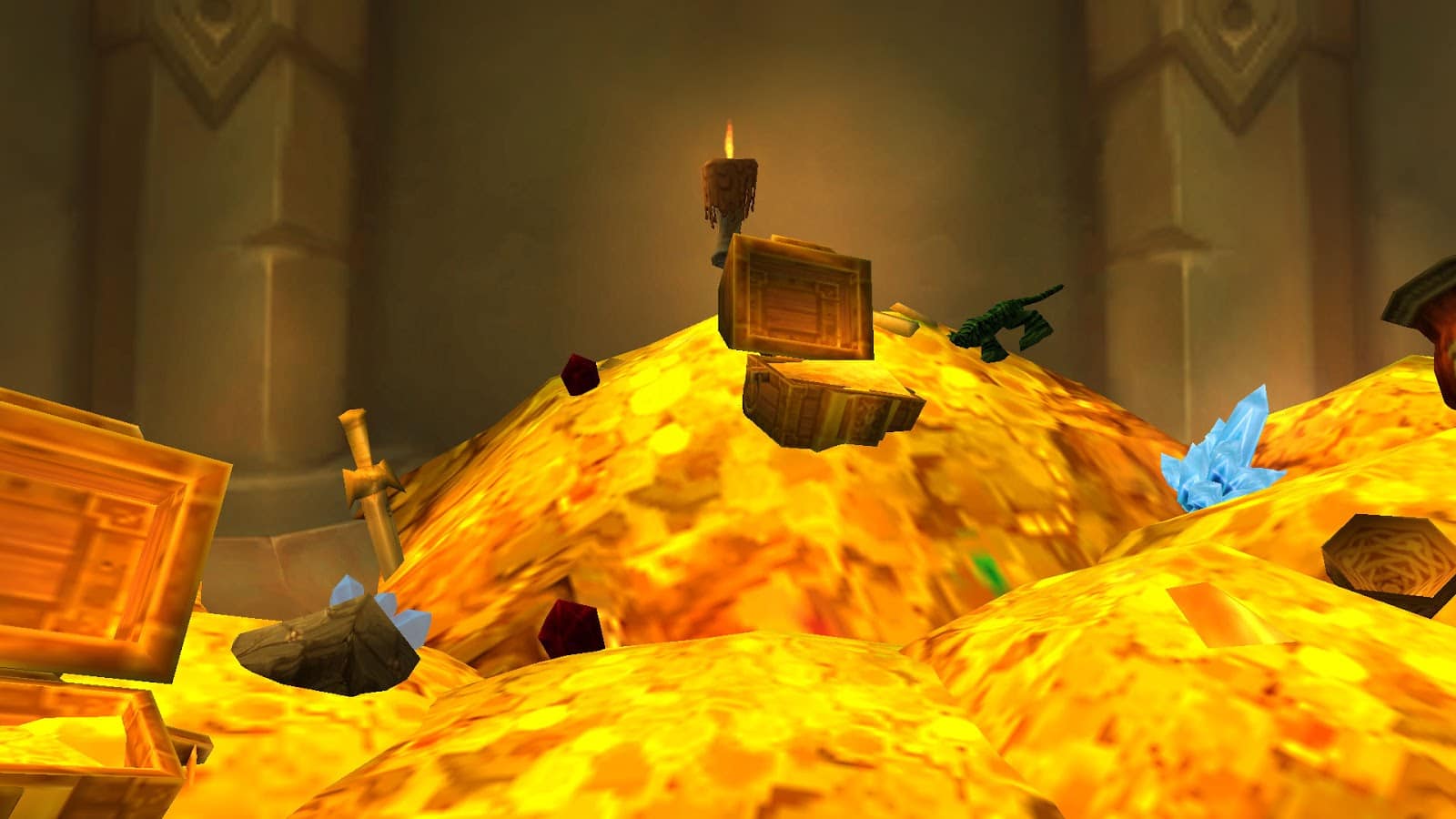 Something innate kicked in and I was back to being thirteen years old, ready to devote all of my free time and energy to getting to that maximum level, where the “real game” begins. After reaching level 20 or so, I decided to hit the auction house and check out some of the gear that would help me in leveling up, and this is when I realised that with my current in-game income, I would have to budget and choose between having fun in the moment and buying items and gear, buying spells every two levels, and saving up for that all-important level 40 mount. Younger me would probably have searched Thottbot or asked some friends where a level 20 can do some gold grinding, but right now I’m in no position to spend hours on end working for a virtual wage when I already do that full time in real life!

Even after level 60, so much of your in-game time and energy is devoted to the “grind” - whether it be for reputation gains, rare drops, resources for your guild bank, or most importantly - GOLD. Much like in the real world, gold in vanilla WoW was basically your ticket to freedom to go and do whatever you wanted to do. I would often wonder how much time I spent grinding to prepare for having fun, as opposed to actually having fun (after all, it is a game!). As kids, we have all the time in the world, so grinding is not that big a deal, but after playing classic for a short while, I quickly realised that the lifestyle of a functioning adult is absolutely NOT conducive to several hours a day for weeks on end trying to scratch together enough money for that epic mount.

And then, it dawned on me. Why not translate some of that real life money that I work so hard to save up into in-game gold? I had never considered it before, and I really had no idea how easy and cheap the whole process would be. A quick Google search into some of the best gold selling websites revealed SSEGold - Outstanding online reviews, almost fifteen years in the business, and prices so affordable that I would never have to worry about wow classic gold ever again.

It was like a weight lifted off my shoulders - no more grinding to prepare for raids, no more budgeting so that all of my alts can have their epic mounts, and most importantly more fun times with my friends in the game.

I can’t say that the game is exactly the same as it was when I played in vanilla, it’s better than I could have ever hoped. If you can relate to my experiences here, and have never considered buying gold before, I suggest you try it. The game becomes a game again, just like the old days.