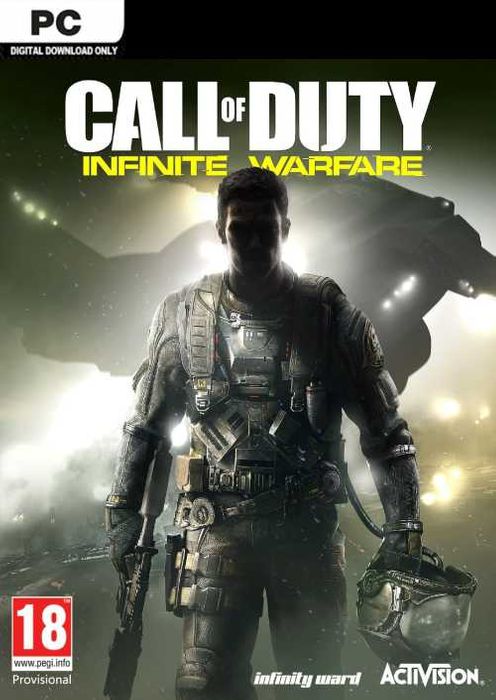 Includes the Terminal bonus map and the Zombies package in Spaceland, which contains a camouflage for weapons, a business card and a packet of Destiny and Fortune cards!

In the campaign, players play Captain Reyes, a pilot promoted to commander who must lead the coalition forces against a fanatical and ruthless enemy, while trying to overcome the lethal environments of space.

The multiplayer combines a system of linked movements with the player-centered map design, a high level of customization and a new combat system to create a great play experience where every second counts. The combat modules (or modules) are the definitive combat systems. Each module is a state-of-the-art tactical combat armor that the player puts on, and which fits different game styles. This will also join one of the four new mission teams to unlock business cards, camouflage, emblems and exclusive weapons for that team.

In Zombies, travel back in time to an amusement park of the 1980s with a lot of attractions, an amazing arcade and a funky and fully operational roller coaster. It has the most popular aspects of this game mode, such as Easter eggs, enhancers and original weapons, while offering new features such as the team rules, the recreational of the Beyond and the letters of Destiny and Fortune.